This article is sourced based on my interview with Bart Farrell, Head of Community at Data on Kubernetes, on March 15, 2022. For further context check out the full episode below.

The current data engineering ecosystem is filled with a wide range of tools from both open-source and third-party solutions. While there still isn’t a consensus on which path to choose (to either choose an open-source or third-party vendor), I think it’s interesting to explore the possibilities of building an open-source data stack ( and, with the current state of the market, it’s honestly the best time to re-consider how you designed your data stack and begin to explore open-source alternatives).

The current consensus is to deploy your open-source data stack on Kubernetes, as it provides the ability to scale seamlessly and operate complex infrastructure using standard tooling.

Having operated large scale systems for nearly a decade, I’ve seen firsthand the challenges of deploying an open-source application on your own. On the other hand, I realize how valuable it is for organizations to self-host their data stacks to better navigate privacy and security concerns relevant to their field of work.

While this is certainly challenging for developers, I do think it’s certainly reasonable to deploy a self-hosted open-source data stack with the right tooling and processes in place as an organization.

In this article, you’ll learn:

Check out our project on Github

First, you need to pick the right open-source tools for each layer of your data stack. Good open-source tools are well-documented, have a strong community presence, and are being actively developed. Bonus points for good community support channels and contribution programs.

For data ingestion, a popular solution is Airbyte, an open-source EL(T) platform that helps you replicate data from disparate sources to your data warehouses, data lakes, and databases. Due to its ease of use and low barrier to startup, it is quickly becoming the industry standard for replication jobs.

Another ingestion tool I commonly see companies using is Singer, an open-source ETL tool that powers data extraction and consolidation for all of your organization's data.

dbt has predominantly emerged as the way forward for transforming data. Not only is it a great open-source solution, but it’s also simple to get up and running. They also have a very strong community of over 25,000 data practitioners to answer any questions you may have during implementation.

Another interesting option I have seen companies using every now and then is Dataform – more specifically their open-source SDK – a framework that helps data teams develop, test, and deploy SQL-based data workflows to the warehouse.

Having an orchestration engine to schedule jobs and manage a large tree of dependencies between them is a crucial part of today’s data stack. For years, Apache Airflow has been the standard for data engineers when it comes to orchestrating jobs in their data pipelines.

Recently, Dagster has been picking up traction in the space as an alternative to Airflow. Unlike Airflow, Dagster was built with the full software development lifecycle in mind, allowing developers to orchestrate their pipelines locally at first before deploying into production. Another key feature I’d like to highlight is Dagster’s modern interface that allows developers to visualize the status of the dags and any logs they output.

A tool to keep your eye on in the upcoming months is Prefect, a workflow management system designed to handle modern data infrastructure.

For the data storage layer, there are three common open-source solutions that have gotten a lot of traction over the years.

Once you have the data in a presentable fashion you still need to have a BI team query the data to provide analysis for internal and external stakeholders. Three of the most popular open-source solutions in this area are Apache Superset, Lightdash, and Metabase.

Apache Superset and Metabase are fairly similar and this choice will often boil down to which user experience you prefer. Metabase has been known to have a more intuitive UI, whereas Superset can be more powerful but has a steeper learning curve.

On the other hand, lightdash is an interesting option especially if you are heavily using dbt inside your organization, as everything you need for BI is written as code in your dbt project.

While self-hosting your data stack isn’t a new concept, there are still some misconceptions that are important to address. Figuring out how to deploy an open-source data stack is not as hard as it was previously, especially if you have experience or are willing to learn Helm and Kubernetes. You can likely get an application like Metabase or Airbyte spun up, but it might take longer than you anticipated.

I do want to make it clear that if you are building entirely from scratch, the ramp time to learn Kubernetes is steep, so learning Kubernetes in a short period of time is not exactly trivial for developers in most cases. However, over the past few years, the data infrastructure landscape has matured a ton and the ability to install applications in the cloud is far better than it previously was.

Another common misconception I consistently hear is that scaling applications are challenging. I think this needs some clarification. Stateful systems (e.g., data warehouses) are extremely challenging to scale as you need to manage data partitioning and other quirks that are particular to data warehouses.

However, as a whole community, it is safe to say that we have figured out how to scale pure compute systems (which is what a good amount of data software is considered.) Scaling compute systems with the proper infrastructure is not too complex and is simply a matter of tuning a few dials.

You’re going to use a Kubernetes deployment or a Kubernetes stateful set and tune that replica in wherever it’s appropriate for the amount of traffic you’re getting. Also, extraordinarily powerful auto-scaling constructs now exist so it’s not as challenging as it once was to scale.  The challenge is more around knowing the appropriate metrics to monitor and tune against.

I’ll be upfront and admit that for some engineering teams running a self-hosted data stack is not always reasonable and can be challenging, especially if you don’t have any prior experience in getting a self-hosted stack up and running.

While it definitely is possible to do so, I want to quickly call out the three main challenges I have seen in deploying a self-hosted open-source data stack.

Plural is Here to Help

Plural aims to make deploying open-source applications on Kubernetes a breeze for organizations of all sizes. In under ten minutes, you can deploy a product-ready open-source data infrastructure stack on Kubernetes with Plural.

To learn more about how Plural works and how we are helping engineering teams across the world deploy open-source applications in a cloud production environment, reach out to me and the rest of the team.

Ready to effortlessly deploy and operate open-source applications in minutes? Get started with Plural today. 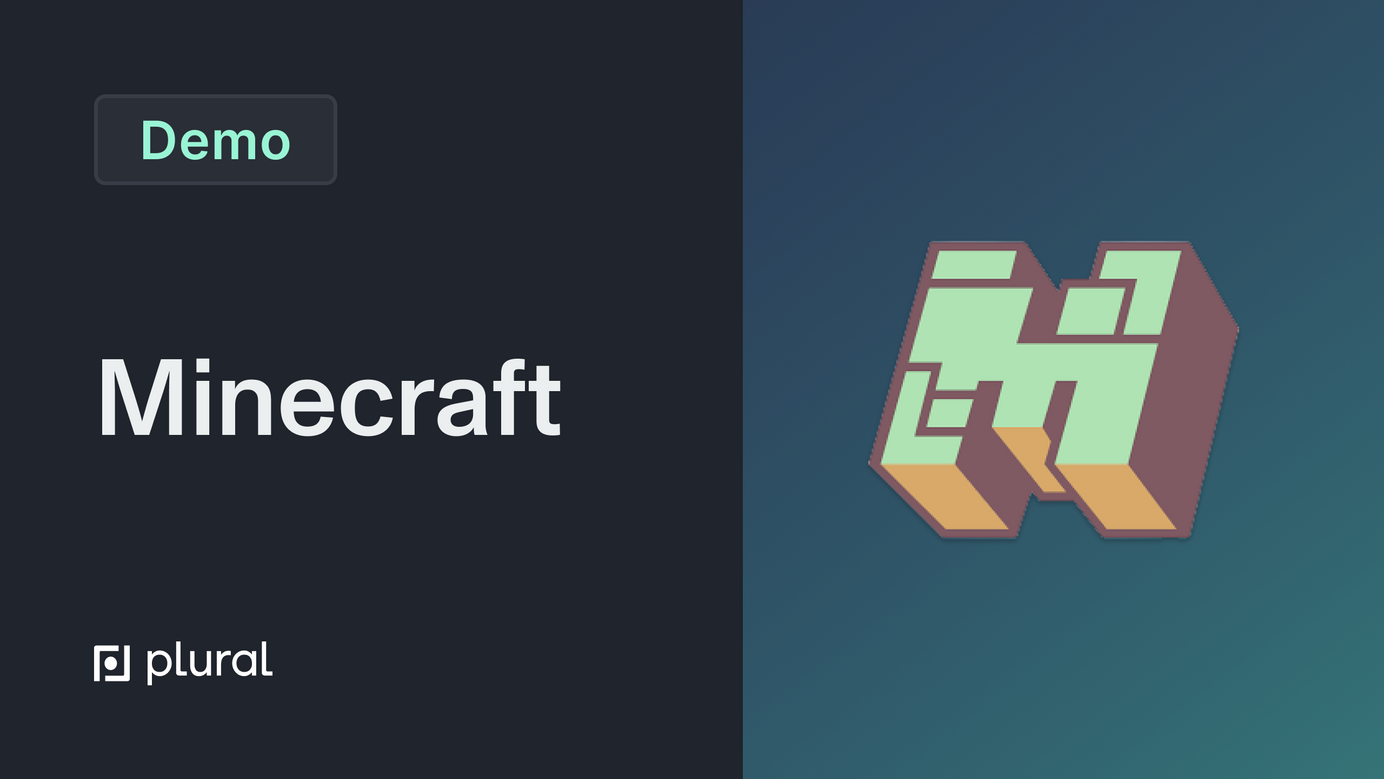 We thought it would be cool to explore running a Minecraft server on a Kubernetes cluster. Here's how we did it. 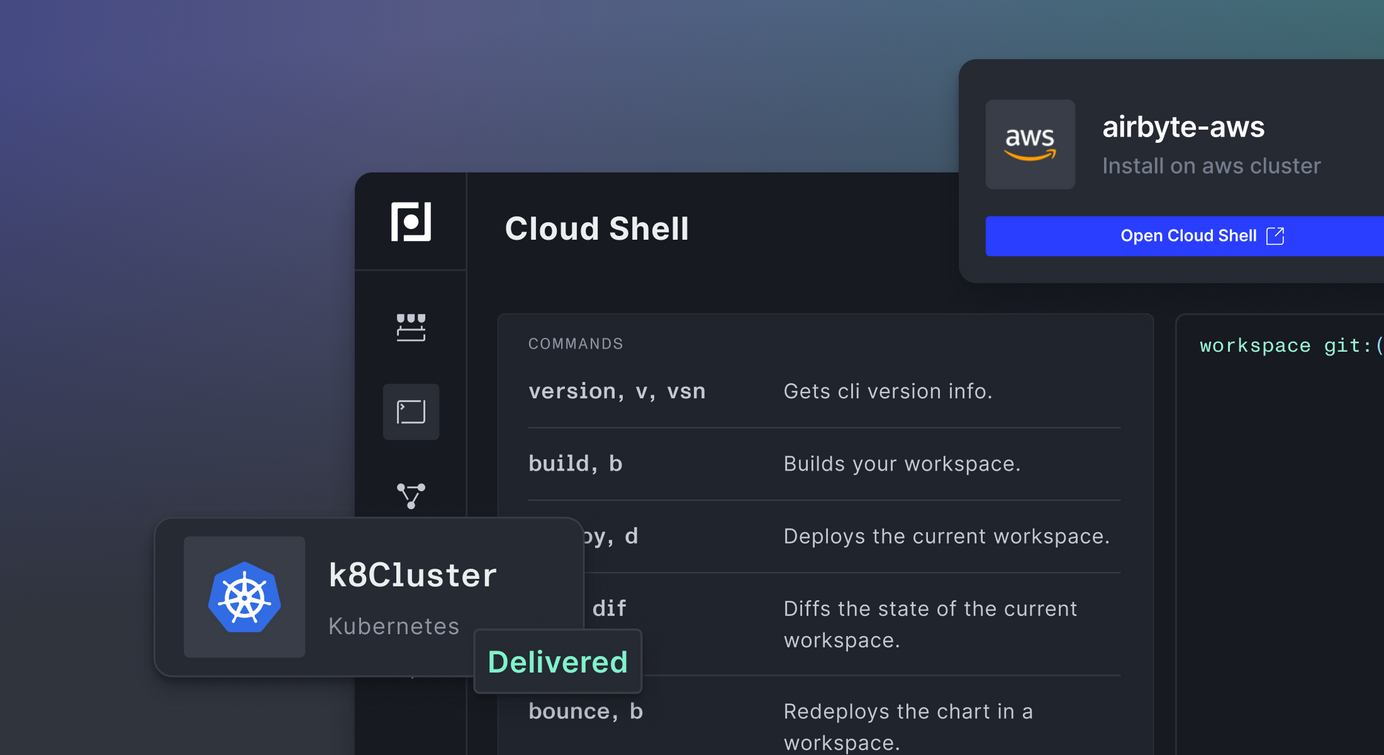 How we Created an in-Browser Kubernetes Experience Paid Members Public

Building a in-browser Kubernetes experience is a fairly unusual product decision. Here's how and why we did it.

Plural Stacks: Get Started With One Command

How to Run a Minecraft Server on a Kubernetes Cluster